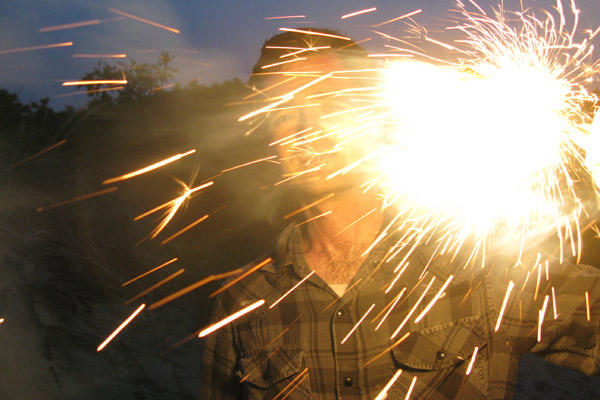 Jordan Greiger (the singer and guitar player of Hospital Ships), hails from Lawrence, KS. A city that has a past history of a great music scene. I know because I grew up about 30 minutes from Lawrence in Kansas City. When I got word that Hospital Ships (Graveface Records) were about to release their new record “Lonely Ships”, I was excited about the opportunity of interviewing their singer Jordan Geiger.

Enoch Magaizine : Jordan I really enjoyed the new Hospital Ships record. I grew up in Kansas City and I loved the older sound of the Kansas City/Lawrence music scene. When I first heard your new album I immediately loved it. Lawrence, KS has a lot of great food that I miss since I now live in Long Beach, California. A few of my favorite places to eat were Jade Mongolian BBQ, Jeffersons, and Yellow-Sub. Since you had the opportunity to travel a lot, what are some of your favorite places to eat that you think people need to check out?

Jordan Geiger (Hospital Ships) : First of all, great question. Rangzen in Cambridge, MA, is one of my favorite places to eat on tour. On the west coast, I always eat a lot of In-N-Out Burger and fish tacos. In Lawrence, the Burger Stand and Esquina are awesome and Little Saigon, a Vietnamese restaurant that just opened in the back of a nail salon, is my new favorite place to eat. In Austin, I love El Chilito, Iron Works BBQ, and East Side Pies!

Enoch Magaizine : The Midwest has had a lot of influence on music in the last 10 years especially in the emo and indie rock world. What are some lesser known bands from the Midwest that you think people need to hear about?

Jordan Geiger (Hospital Ships) : Cowboy Indian Bear!!!!!!!! They are so amazing. Get in on the ground floor with them! Colony Collapse and Heartscape Landbreak are both amazing and inspired me to ask Taylor from these bands to play with H.S. Also, Drakkar Sauna!!!!!!! That’s a good place to start in Lawrence.

Enoch Magaizine : I read somewhere that this record had been finished for a while and was recorded as sort of a collective that many of your friends had the chance to play on. What was the recording and writing process for “Lonely Twin” and do you want to take the same approach with your next release.

Jordan Geiger (Hospital Ships) : The process was slow, with lots of songs being thrown out. I was trying to make a “Greatest Hits” of Hospital Ships, and featured members of Minus Story, Cowboy Indian Bear, Shearwater, and Okkervil River. My friends. The new record is being written as a band with the 3 guys who are Hospital Ships now. It’s going to be very different and awesome. I’m already surprised by what we’re writing together. In the meantime, I have another record/E.P. that I did which is very personal and almost all me. Not sure what will happen to that one.

Enoch Magaizine : I love the “Galaxies” Music Video. It makes me smile laugh, and ponder all in a 5 minute period. Could you please tell our readers about the motivation behind this song and the music video?

Jordan Geiger (Hospital Ships) : The song was written almost straight out of my diary/notebook as a response to grief over two deaths in my family. I felt like I was filled with tiny particles of grief that I couldn’t breathe out. The video was basically my tribute to the summer when I wrote the song. I didn’t have a job and just wandered around a lot and played sparsely attended solo shows very drunk. It was the best/worst summer ever! As far as the dummy goes, I’ll let you decide what that’s all about!

Enoch Magaizine : With so many bands out there these days what advice do you have for musicians who want to make a career out of music.

Jordan Geiger (Hospital Ships) : Don’t try to make a career out of it. Don’t ever focus on goals, only processes. Make it a process you enjoy and one from which your ego and financial well being are disconnected. Meet people, find out everything you can about every part of the process: how bands do what they do, where they do it, and with/for whom. Make a budget for everything you do, keep good books, learn to use spreadsheets.

Enoch Magaizine : My wife went to college at Ku and we spent a lot of time on Mass Street. We seemed to notice that were a lot of transient kids and homeless people always hanging out. Have you had any experiences with the homeless while on tour or in Lawrence and what were those experiences?

Jordan Geiger (Hospital Ships) : I have lots of experiences with them in Lawrence. It’s not really a scene I’m into, only because the transient kids seem to be really lazy. All the crusty punks I meet are actually rich kids. Life is too precious and short to sit around all day bumming for change. As far as the actual homeless go, most have mental illness and/or substance abuse problems, and I’m afraid they are a product of really terrible Conservative policies that started with Reagan and have just gotten worse ever since.

Enoch Magaizine : Our magazine has spent a lot of time working with the homeless on Skid Row in Downtown Los Angeles. If you don’t know about Skid Row it’s a 9 by 9 block area where they estimate over 10,000 homeless live. While there we found that even though many of these people have nothing they believe in Jesus. What is your perception of Jesus and how did you get that perception

Jordan Geiger (Hospital Ships) : I am very inspired by Jesus, but don’t think he performed any miracles, nor was he divine in any way. I believe those Christians who believe in all this born-again stuff are on the wrong track, one that is actually Anti-Christian. I believe that you are only Christ-like in what you DO (good works,) not what you ARE (saved.) I’m with Thomas Jefferson. Jesus was a liberal, anti-war, socialist. If you think anything different, you should seriously go back and reconsider your sources. That is honestly what I believe, I’m sorry if anyone might find that offensive. Just to my West are the Phelps family, just to my East are a bunch of mega-churches in one of the richest and most Conservative counties in the country. Hypocrites abound, and Jesus was pretty clear about non-violence and helping the poor/needy.

Enoch Magaizine : What are 5 records that you think every kid should own?

Be sure to read the review we did of Hospital Ships, new album, Lonely Twins.