Art is seen and interpreted by people in many different ways. I consider myself someone who appreciates art, but what I may think is beautiful…others may think is terrible..
It’s all about the eye of the beholder.

This past summer Enoch Magazine was in St Louis and we stumbled across the Screwed In Art Show. It was about midnight and we had just finished filming the Less Than Jake concert. But as we walked toward our car, we noticed a guy waving to us from across the street. He had just emerged from a building with hundreds of paint brushes on the floor and ipod music playing out of an old guitar amplifier. There were hundreds of colorful images on the three walls that surrounded the huge room. Some were painted, while others were stenciled, pasted or glued. There were spray paint cans, paint cans, trash cans and inside the trash cans: beer cans. With curiosity in full effect we wondered in and began to ask what was going on. 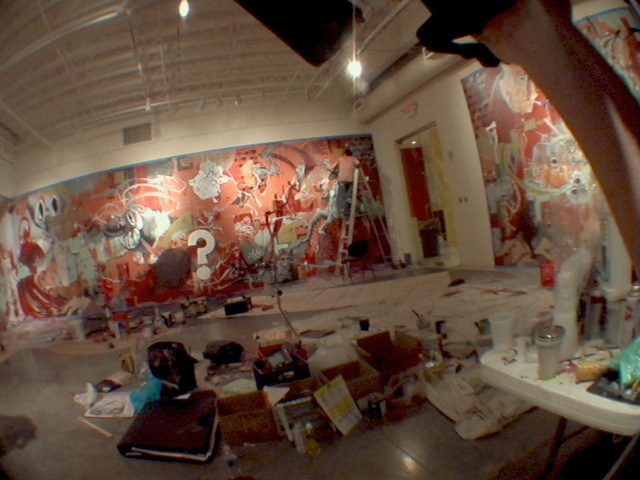 The term “screwed in” came about as the first step taken toward the creation of this art show. They literally screwed in giant boards to cover all the walls of the gallery. Then seven different artists with different backgrounds and styles came together to decide how to equally fill the emptiness that stood before them. The ultimate battle of ego vs. style has begun!

Screwed In was an awesome experience for us. Enoch Magazine’s documentaries tend to focus on missionaries and bands that we cross paths with in our day to day activities, but this new video reminds us that when you think you’re done…you’re not done. 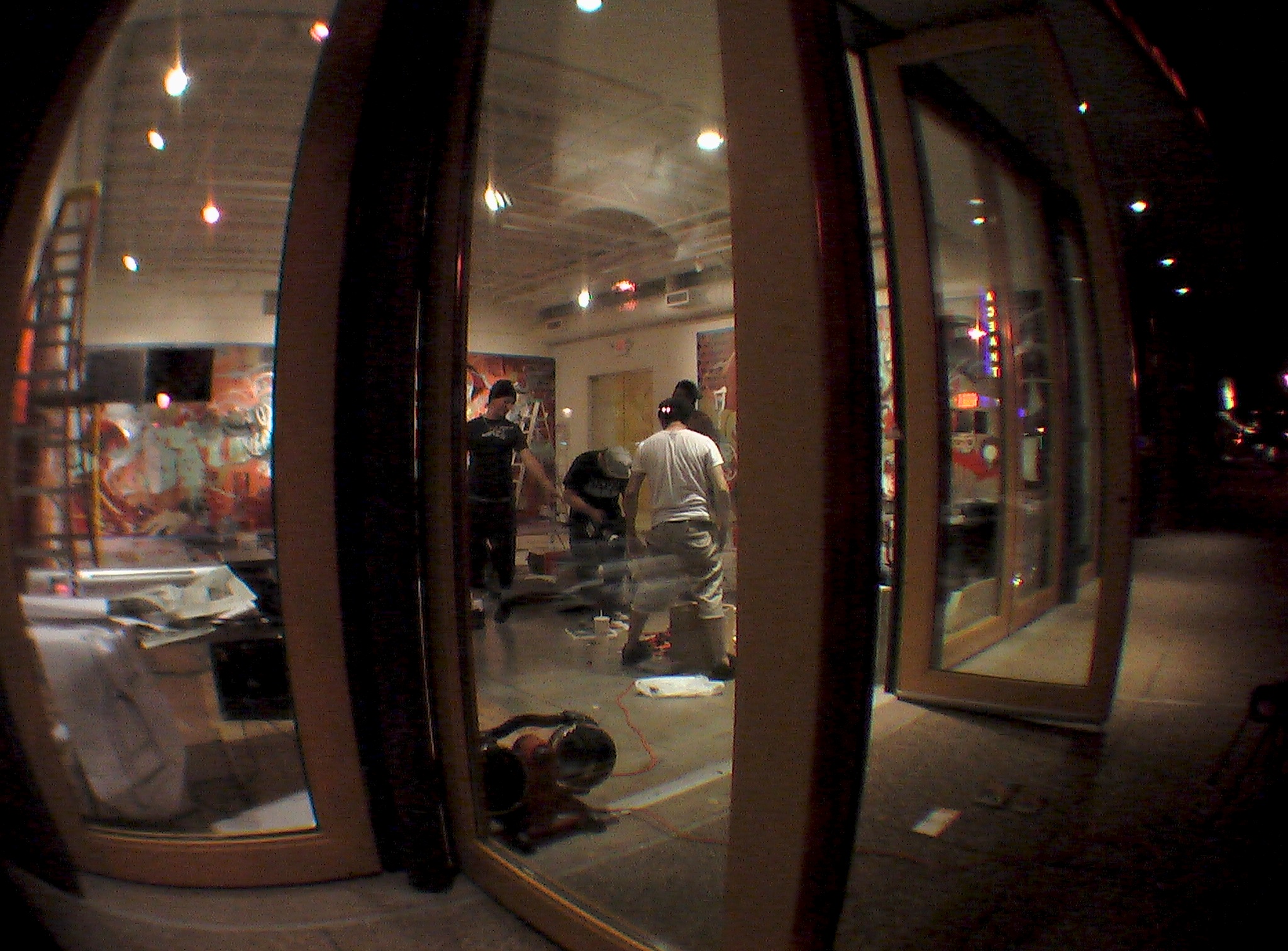