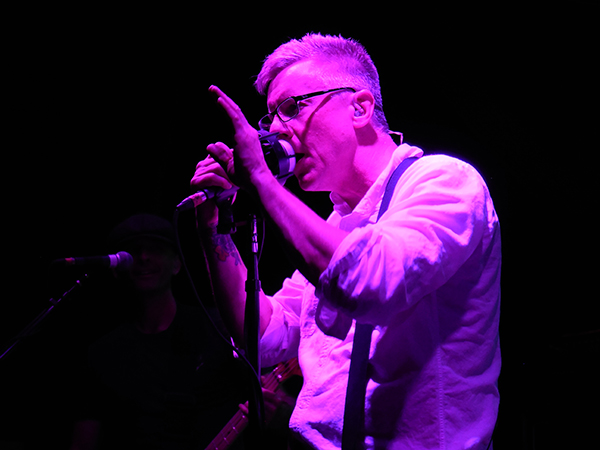 Whether or not you’re familiar with the alternative rock band Toadies or the name of their best-known song “Possum Kingdom,” nearly everyone who grew up over the past several decades will recognize the melody from this huge hit single from 1995. In addition, its inclusion within the Guitar Hero II game allowed a new generation of fans to become acquainted with the song and this band hailing from Fort Worth, Texas. The Toadies are currently nearing the end of the Summerland 2015 Tour alongside Everclear, Fuel, and American Hi-Fi, but they decided to use a few open dates to travel south to Tucson for their first show in town since their tour with Helmet in 2012. On this particular Tuesday evening, a threatening monsoon was bearing down over the entire city, but the gusting winds, heavy rain, and flooded streets didn’t stop the die-hard fans from showing up to the rock show at the historic Hotel Congress’ Club Congress.

I had the opportunity to see the Toadies twice in 1995, the same year that gave them their most mainstream success on modern rock radio – once at a festival with Everclear, The Urge, Tenderloin, Outhouse, and several other bands, and again months later opening for Bush and Hum. However on the twentieth anniversary of that year, I was in for a treat to see the Toadies at an intimate venue like Club Congress. While they’ve been playing shows on their summer tour to hundreds of fans at large theaters and auditoriums, this was an evening that allowed them to have a special connection with an audience of less than a hundred people, as well as having the luxury to perform more than twice as many songs as the only featured act of the night. 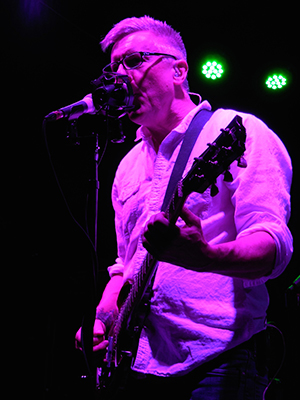 The set began full-force with the more recent “Rattler’s Revival” and then immediately transitioned into “Backslider” from their debut full-length album, Rubberneck. At least one song from almost every Toadies record was accounted for on the set, including the classic “Got A Heart” from the Pleather EP. Other favorites included “Away,” “Push The Hand,” and, of course, “Possum Kingdom,” near the end of the set for a complete sing-a-long with lead singer and guitarist Vaden Todd Lewis’ unmistakable voice. As they anticipate the September release of their sixth album, Heretics, a couple songs were introduced to the crowd with a unique cover of Blondie’s “Heart of Glass” and a new song called “In The Belly Of A Whale.” The record will also include darker reinterpretations of classic Toadies’ songs, stripped down with different instrumentations, textures, and tempi. Finally the set came to an end with their standard epic version of “I Burn,” as they brought two members of their crew on stage to provide extra energy with more floor toms, snare drums, and vocals. 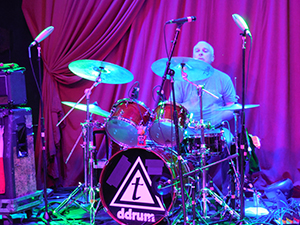 After a short pause, the quartet returned to the stage to conclude with an encore of “I Come From The Water,” “Hell In High Water,” and “Tyler.” Following the last song, Lewis announced that all four members would be hanging around the small venue to greet the audience. It was a classy gesture by a band that clearly appreciates their loyal fan base from twenty-plus years. I had the pleasure to reminisce with Lewis and long-time drummer Mark Reznicek about the memorable festival that the Toadies played at a Kansas City amusement park, which also happened to be the first concert that I ever attended as a young thirteen-year-old. While nearly two decades have passed since the golden age of alternative rock, it’s always a pleasure to relive those nostalgic years and discover new tunes from the bands that you loved growing up.