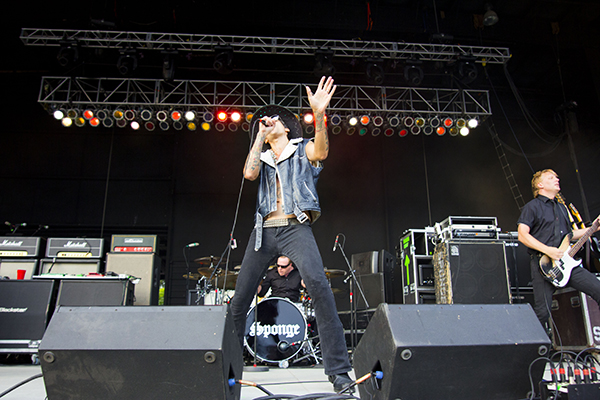 When one thinks of the band Sponge it probably takes you back to the 1990’s. With the creation of the Summerland Tour you can relive those Glory Days all summer long. I had the opportunity to catch Sponge on this year’s Summerland Tour in Kansas City at the Cricket Wireless Amphitheater. I was excited to see Sponge, Filter, Live and Everclear.

Sponge opened their set with energy and excitement just after the singer of Everclear, Art Alexakis announced that this was the start of a long night of great 90’s hits we all remember. It was the second year Art and the boys of Everclear have put on the Summerland Tour and the best line-up yet.

As the first notes of Wax Ecstatic rung out, the band was full of energy and you could tell that they’ve been in the music business for over 20 years. They still had the energy like it was the first show they ever played. The second song of the set was the hit Molly, from their first release. They began the song slow letting the fans sing along and then kicked it up full force. 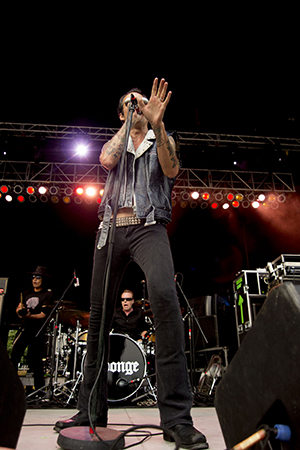 As the set progressed the singer, Vinnie Dombroski, told a story of meeting a fan who requested that Sponge play a certain song. One would think this happens all the time but Vinnie began to explain that when Sponge first released their album, Rotting Piñata, this fan was serving our country overseas and never had the chance to catch them live. The fan had told the singer how this song meant everything to him and helped him overseas. So, like any band should they added the song to their setlist. As soon as the last notes of Fade from View rang out, Sponge talked about how after all this time they still play music for the fans. The crowd was really getting into Sponge, even though the sun hadn’t set and people were still in line buying their wristbands to get into the pit.

As the set came to a close and the opening notes of Plowed rang out the crowd was going crazy. What impressed me the most, was during the first chorus, the singer jumped off stage and ran all the out to the grass, where he sang the rest of the song with fans gathering around.

The singer was going above and beyond to make sure the fans had the same experience in the grass as the fans did in the pit. Right after the final notes of the song, Sponge announced they’d be around to sign autographs and connect with their fans because that’s what matters most. If you have a chance to catch Sponge live don’t hesitate. After all these years they still have what it takes to entertain a crowd and rock out. 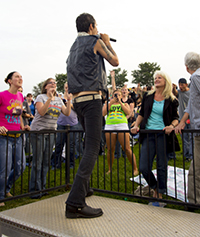 With all that said, Sponge’s live show only pumped me up to hear their new record STOP THE BLEEDING that comes out on September 17th. It’s their first full length record since 2007 and their seventh studio release. Look for their first single Come In From The Rain to hit the airwaves in the next couple of weeks.