John The Baptist said to the crowds coming out to be baptized by him, “You brood of vipers! Who warned you to flee from the coming wrath? Produce fruit in keeping with repentance. And do not begin to say to yourselves, ‘We have Abraham as our father.’ For I tell you that out of these stones God can raise up children for Abraham. The axe is already at the root of the trees, and every tree that does not produce good fruit will be cut down and thrown into the fire.”

“What should we do then?” the crowd asked.

John answered, “The man with two tunics should share with him who has none, and the one who has food should do the same.” (Luke 3:7-11) 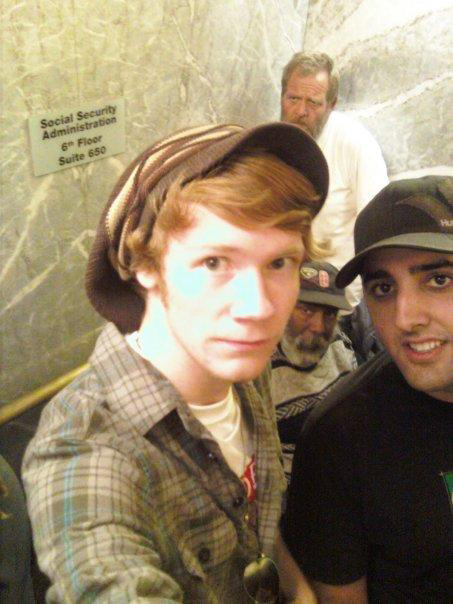 As I logged on to Myspace one day, a new world was exposed to me in Los Angeles; A world where people were doing radical things to proclaim the name of Jesus Christ to the homeless on Skid Row. As i gazed at the information and videos online, little did I know that I, myself would be traveling to LA and working along side these Christians. It would be me, my friend Joe and his Senior High Pastor, (also named Joe) who would travel thousands of miles to serve in Skid Row Los Angeles.

The adventure started when Joe Barsha took over as the new Senior High Pastor at the Chapel in North Canton. At that time, I had no idea what Skid Row was, but as I was looking around a friend’s Myspace, I started watching videos about Patrick Ersig and the Jonah Project. They were a street ministry who worked with the homeless in Skid Row LA. At the same time, Joe Barsha was planning the summer’s missions trip to LA. So I decided to meet up with him and one of his student leaders Joe Furno for some delicious White Castle. Before our meeting was over, I had showed them the videos from Enochmagazine.com and the Jonah Project’s website. They were both amazed by what they saw and felt a passion to love the people of Skid Row.

Later that night, Joe Furno went home but couldn’t fall asleep. God had already put it on his heart that he should do something to help the poor and hungry around Christmas time. Joe had this overwhelming feeling that they should go Los Angeles sooner than summer. The hastened journey was initially hard to accept, but as he tossed and turned and wrestled with God, he began to feel peace about it. No longer did he worry about the danger or what it might cost him. He only wanted to do God’s will. 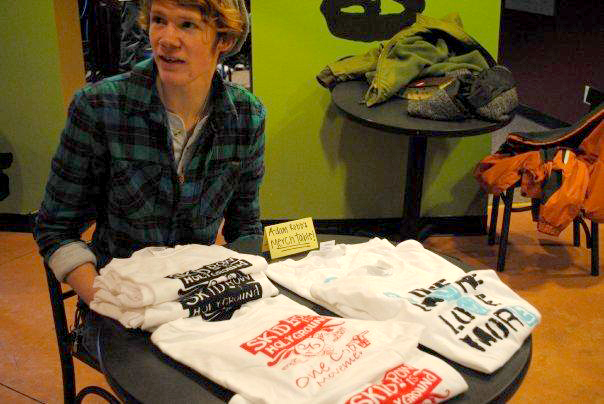 The next day I saw Joe at a Bible study, and he told me about what God had envisioned for them. I thought that was an amazing idea and we decided it was going to happen. However, deciding to go to Skid Row was just the beginning.

After many decisions on how to go about making the trip, we decided it would be best for just the three of us to go. Since we would be flying stand-by, our departure would have to come sooner than later with Christmas around the corner. Excited to go, we also realized we should start loving the poor and the least of these while we were still in Canton. We started to help out at the Total Living Center (yes, the TLC), as well as meet the wonderful people standing on the side of the road. Whether it be bringing diapers to dad’s who have lost their contracting jobs, or serving a hot burrito to a 60 something homeless man needing a place to stay inside at night, we meant to show the love of Jesus Christ through our actions and words.

But before the trip, Joe and I attended a potluck dinner with the new Missions/College Pastor, Clinton Lowin, who decided to put envelopes of $2,500 ($100 per envelope) on the table, saying that if anyone would like to use it to start a ministry, to take as much as they needed. Joe and I decided to take $300, and that was the start of One Coat Movement. I requested some designs from Carter at Enoch Magazine, borrowed a friend’s screen printer, and ordered 50 shirts. Before our trip, we sold a good amount of the shirts to help spread the word about the Jonah project in Skid Row, as well as help them financially. 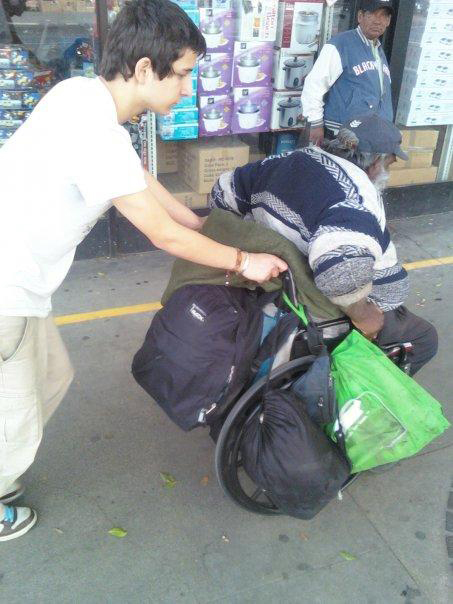 When we finally got to LA (after many delays, due to fog), it was an amazing week. We met so many people whom we will never forget. Amazing people such as Theresa, who, despite getting attacked by a neighbor with a meat cleaver, was willing to forgive that person and show the love of Jesus Christ to him. She also told us about how she struggled with drug addiction and how she was a prostitute, until she met Patrick, who introduced her to Jesus. We also met Henry, a man from Sri Lanka, who Patrick helped get social security after he was denied because the paper work was filled out wrong. It was hard pushing his wheelchair around the city, his one wheel kept popping off. While we pushed him down the streets of Skid Row that suddenly turned into the wealthier part of the city, I realized that this is something he has to do by himself everyday. We met some other people as well, such as Bob, Oscar, Marcus, and Jedi, a spoken word poet.

Mathew, a friend of Patrick’s, also met with us that week. He showed us this vacant lot in the Hispanic district where the Jonah Project was thinking of using as a community garden. It was funny, a lot of the kids there stared at us and some took pictures when they thought we weren’t looking. They were cool though; they interviewed Mathew for a school project and talked to him about why he wanted to make a garden there. Mathew later shared some really delicious oranges with us from a tree in his backyard. Being from Ohio, we’ve never had fresh, off-the-tree oranges before. 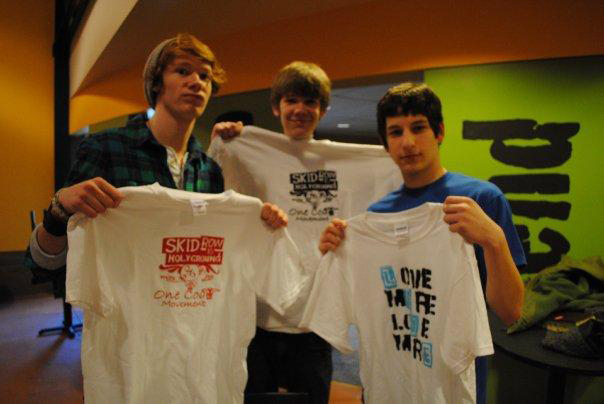 It was an amazing experience, and I think all of us wished we could’ve stayed longer. Hopefully, i’ll be able to intern at the Jonah Project this summer. During that time, Joe Barsha will be taking the Senior High youth group to LA to show them how to love the homeless in his home neighborhood, as well as Skid Row. The One Coat Movement has been growing in order to help out the Jonah Project. It stemmed from the verse i mentioned at the top of this article. It represents a way where someone like me, who is halfway across the country, can create something that’s hands on and full of purpose. I encourage all of you to seek out people and ministries in need, lend a hand and see where God takes you.

to “One Coat Movement”