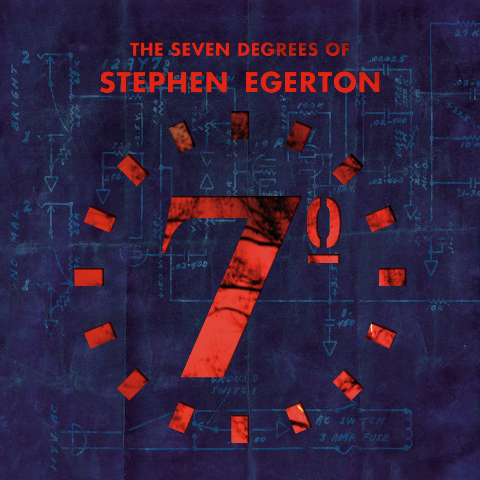 Not many people can’t say they wrote the book on Pop Punk but Stephen Egerton is that guy. He broke on the scene as a guitar player in the 80’s with the southern California band The Descendents and has never looked back. During his time off from recording and producing music in his studio Armstrong Studios in Oklahoma he wrote, played all instruments, and recorded his first solo record. After admitting that singing wasn’t his strong point his wife suggested that he invite all his punk rock friends to help finish the record. With the help from the front men of Alkaline Trio, Mxpx, All, Lagwagon, Descendents, Less Than Jake, and many more Stephen Egerton has written and recorded a masterpiece.

I need to mention as I have listened to this album quite a few times it’s interesting to see all these different punk rock singers placing their voice behind behind the simplicity of Stephen’s Pop Punk Record. It shows that they all have a respect for Stephen and the music he has written and produced during the years.

The album opens with “Flip” sung by John Speck of the Fags. It opens just the way you would expect a pop Punk album to Kick off. It’s simple, refreshing and immediately my ears are drawn into this record. “Never Again” features the vocal work of Bill McShane, who used to sing for Ultimate Fakebook, one of my favorite bands from Kansas City. This song is a great introduction to Pop Punk for the younger listener who may have missed that 90’s era.

“Our Last Song” has the classic sound that has helped Stephen build a solid career around. The chorus is in your face and the verses are what I would call palm muted perfection. The vocals of Dan Andriano from Alkaline Trio are splendid. Milo sings his heart out on “She’s got everything.” This Christmas song may not lyrically fit with the record but I love it. Milo is one singer I would have bet money on that he would appear on a record of Punk Rock Singers. This track is also my favorite on the record. The guitar solo has a little country flair to it and I love the creativity. I sure do hope that the Descendents puts out another record as maybe this song could be the teaser. It wouldn’t be a Pop Punk record if Mike Herrera didn’t make an appearance. “Cut me Down to Size’ is the party anthem song of the record. It sticks out because the vocals seem to be the perfect fit for the music. If I heard it I would swear it’s a new MxPx song.

“When they roam” features the perfect drum beat to accompany the vocals of Joey Cape. The song has the typical depressing sound that I feel accompanies many of joey Cape’s songs. “Print on Paper” could be released as the single. The guitar is stripped down, the drums are simple, and the lyrics seem to fit with the music. The lead lines that slowly appear here and there in this song really add character to the music. The bridge is the best on the record.

Overall this record has every vocalist you would want to hear from. It’s a collection of well written Southern California, Pop Punk songs. The production is flawless and Stephen Egerton is looking at a hit. Even though this won’t get the national attention it deserves Stephen Egerton I salute you.