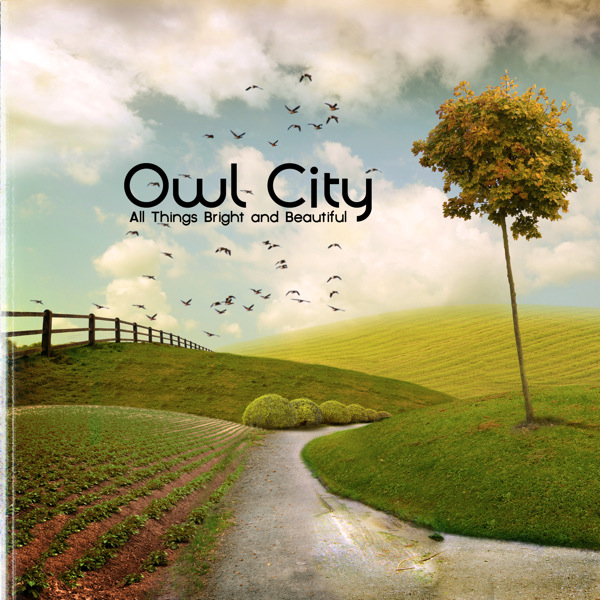 Owl City has a lot to live up to. With the last Owl City record going platinum I was curious to see just what Adam Young could pull off the 2nd time around.

The album opens with “The Real World” and I’m already hooked. With so many bands now emulating this sound Owl City is the only one that really captures my attention. The lyrics talk about not living in reality and I think we can all relate to this concept. This song is pretty mellow but it defiantly drew me in and made me want to check out the rest of the record.

“Dear in Headlights” tells the story a teenager and it’s the first song I can think of that mentions pepper spray in a funny way. The bridge really caught my ear and led right back into the chorus flawlessly. Owl City I want to say right here you’ve upped your game at least a little bit.

The beginning of “Angels” can only be explained in one way: 1980’s GI Joe meets Barbie for a climatic date that takes them to outer space. It has an 80’s new wave vibe that mixes with modern pop music. Lyrically, its one of my favorite, as I often wonder about Angels and would love to have an encounter with one.

Track 5, “Honey and The Bee” reminds me of Adam Young’s earlier stuff from his project Sky Sailing. It’s mellow but has the typical Owl City sound that catches your ears. “January 28, 1986” is only 38 seconds long and I wonder why its there. In 38 seconds we hear Ronald Reagan talking about the Challenger explosion. I can assume that this soundbite ties in to the overall theme of space that Adam Young loves so much.

Track 8, “Galaxies” was taken right out of the pop playback. It’s like Katy Perry, Kesha, and Adam Young had a little boxing match and this song was the outcome. If you like pop music and need a quick pick me up then this is it. The lyrics “Dear God I was terribly lost when the Galaxies crossed and the sun went dark” are one of my favorites on the record and make this song one that I cant stop hearing in my head.

The first single from this record is titled “Alligator Sky” and it features rapper Shawn Chrystopher. When I first heard this track I wasn’t sure how to take it. The rapping seemed out of place and a bit odd for Owl City. Through the journey of the next few listens I began to enjoy it. The singer/ rap combo is a great changeup to an album where track after track begins to sounds the same.

If you’re a die hard heard Owl City fan then you’ll simply fall in love with this record. If you’re looking for Adam Young to take you to a new place musically then a disappointment will be in order. the first few tracks drew but left I was bored halfway through the record. Owl City I hope your live show can carry a little better weight