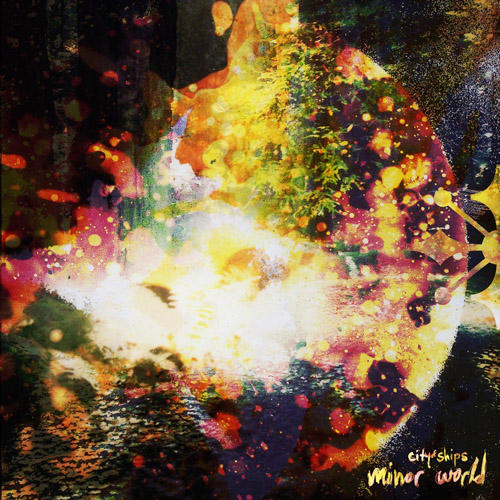 City of Ships (Translation Loss Records) latest release “Minor World” brings a refreshing sound to a scene fueled with a lack of diversity. City of Ships stand out and should rise to the top with this musical masterpiece. These musicians have released one of the most creative records of 2011.

The album opens with the track “Clotide”. Its mellow beginning could throw the listener off at first but don’t worry it’s going to rock. I love the instrumentation of this track as each instrument plays a vital role in the song. I am instantly reminded of Thursday circa 2002 with this song. At the 2 minute mark a single guitar strums out and you think the track is over but wait; on it goes with an unexpected bridge to bring you right back to the chorus. It may be the best bridge I’ve heard from a band this year.

“Tantric Engineer” drops heavy with a bit of what I’d call Metal meets Grunge. The chorus stands out on this track as it offsets a slower verse. The vocals blend nicely with the rest of the arrangement to make Tantric Engineer a treat.

“Low Countries” opens with vocals and I love it. The guitars bring a wall of sound throughout this entire track. It reminds me a lot of the early Deftones releases.

“Easy Way Hard” has the sound of straight forward 90’s rock that I grew up loving with a chorus that’s eerie and haunting. This track is one of my favorites on the record and definitely stands out for its musical diverseness.

“Sweet Delirium” is one of the mellower tracks on the record. It’s a good break and really shows that City of Ships (Translation Loss Records) can be loud, soft, and fast all on one track. The fuzz on the bass and guitar once the chorus kicks in brings me back to some of the weird sounds of the 70’s. This is my favorite track on Minor World. I would love to see this performed live as I can only imagine what it would sound like.

“Chainman” continues along the path of the rest of the record. The guitar tones continue to amaze me. The 2 guitars sound so different that it really makes your ears fight over which one to pay attention to.

Overall it’s the music that drives this record. The vocals are buried and really come across as just another instrument which I think this is good and maybe more bands should take this approach with creativity. This album shows the true talent that City of Ships (Translation Loss Records) has to offer. Tell your friends and don’t let this be another underrated record of 2011.